A Life Worth Saving 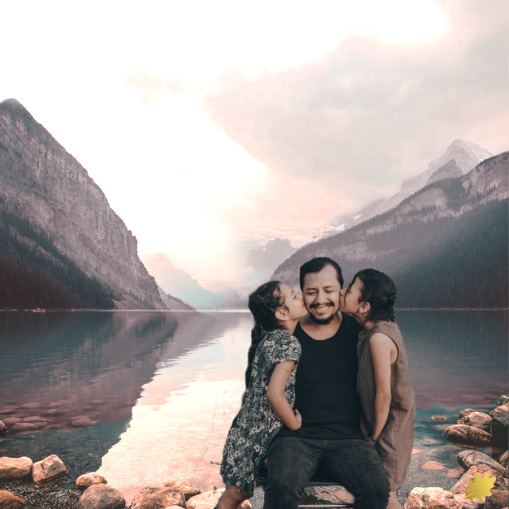 “For He chose us in Him, before the foundation of the world, to be holy and blameless in His sight.” Ephesians 1:5

Before you were ever born, Jesus claimed you as a life worth saving. A life worth keeping. A life He wanted to die for. Psalm 139 speaks of the intimacy between God and human before entering the dawn of the earth He created.

“Your eyes saw my unformed substance; in your book were written, every one of them, the days that were formed for me, when as yet there was none of them.” Psalm 139:16

During this pandemic I’ve observed humanity’s compassion in wanting to save lives and it’s encouraged me. Caring for one another. Exploring ways to save lives. Uniting together.

Yet I’m seeing a major flaw in the world’s partiality in who we deem a life worth saving.

We say we want to saves lives with the Covid-19 yet we are executing more lives than this everyday and exceed every covid-19 statistic each year in: unborn baby deaths.

If we will #stayhome for the elderly but we won’t #staypregnant for the infants, we have an inconsistency in how we view all the same human life.

A life that exists at all is a life worth saving.

A life that possesses a heartbeat is a life worth saving.

A life that God created is a life worth saving.

When a baby is an inconvenient? Bye bye. We abort them. Because we want to have casual sex and flush our consequences down the toilet.  It’s downright infuriating to the heart of God. The Lord’s heart is burning for those who have been assaulted unjustly under the guise of self love.

Killing another so that you can be unencumbered is anti-gospel and the blood is on our nations’ hands for it.

Right now, we’ve witnessed right at 42,006 deaths with the coronavirus worldwide (according to the World Health Organization website) and it’s expected to double or quadruple to around 200,000. The population of the world is 7.7 billion. Therefore, it impacts less than .000005% of the population. This is devastating and I don’t take it lightly.

Want to know how many deaths we witnessed last year of unborn babies in America?

And that 1.2 is just in America alone. Worldwide numbers are exponentially higher…

42 million unborn babies are aborted every year worldwide (World Health Organization). They estimate it at 125,000 deaths per day.

Therefore, our methods of saving the human race don’t add up.

Where is the outcry for them?

Last night… I heard their cry with my own ears.

I closed my computer after hours of writing. I felt heartbroken and enraged in my spirit over this injustice the more I thought about this. I stood up. Put my laptop down.

“They didn’t do anything…”

I heard an audible voice.

I looked over and my brother had fallen asleep on the couch and all the sudden started sleep-talking. I walked over to him.

What did you say?

“They didn’t do anything…” he repeated. Then fell back to sleep.

It’s not like him to sleep talk but it’s not usual that I write on such a weighty topic as this.  My heart was heavy and I needed to hear from the Lord. And I realized what I was hearing.

It was God speaking through my brother on their behalf.

It was the voices of the unborn babies’ voices crying out…

“They didn’t do anything… they didn’t try to save us… why didn’t they?”

Their unborn aborted babies speak in the blood stained graves washed into the depths of the earth.

Their blood is on our hands, world. And God is speaking for them.

“They called out in a loud voice, “How long, Sovereign Lord, holy and true, until you judge the inhabitants of the earth and avenge our blood?” Revelation 6:10 says… and this is happening in real time. Wow wow wow… I’m getting more on fire the more I think about it. Because right now, we are seeing endtime prophecies unfolding all around us. God is coming back soon.

Don’t think that because someone doesn’t have a voice that God won’t speak for them. God avenges those who are harmed unjustly.

God sees a life worth saving.

And He does something about it.

And the King who reigns in ferocity is not One to keep a 6 foot distance either. No. He will shatter your bubble and tread the winepress of the fury of God as it says in Revelation 19.

God saw your life before you ever were born into the world.

He thought you worth saving… worth loving… worth keeping… and He dove into the darkness of earth to be buried in it. So that He could crush death and liberate us to live eternally.

I keep thinking about what my brother said. What the Holy Spirit said through him.

Then I heard God say of us…

“They didn’t do anything… Satan did.”

My heart broke again… He’s right. It’s not the people themselves, it’s the demonic activity infiltrating world, just as Ephesians 6 talks about.

John 3:17 says He did not come to condemn the world. Jesus is always taking the bullet for us.

God is so compassionate…

He is the one who acts in pure love not us. I needed Him to remind me to be merciful. That He loves His people and He doesn’t condemn the world, He saves it… it’s the demons He is coming after. Not us.

Satan controls humans and governments when Jesus is not followed.

Friends… the only way we can avoid Satan calling the shots is to let Jesus call them instead.

You must know Jesus Christ intimately if you want to see clearly.

“I am the way, the truth and the life. No one come to the Father except through Me.” John 14:6

Jesus knows what to do to fight for the ones who don’t have a voice.

We see this in Luke chapter 18, as Jesus teaches the disciples the pure way in which they should view children and babies.

We see Jesus calling the shots when he walked the earth with his disciples. The disciples got it wrong sometimes just because they didn’t know any better. But Jesus lovingly teaches them what is the right way in every situation. The only way we can know what is right is to have Jesus show us.

In this passage, it’s clear Jesus is never inconvenienced by a life.

“Then they also brought infants to Him that He might touch them; but when the disciples saw it, they rebuked them. But Jesus called them to Him and said, “Let the little children come to Me, and do not forbid them; for of such is the kingdom of God.” Luke 18:15-16

“They’re not important Jesus…” the disciples argued. Just as we say the unborn are not important. “We can’t let them touch you Jesus,” they said. But Jesus rebuked them and said “let the children come to Me.”

Jesus was never an advocate of social distancing.

He is an advocate of saving a life.

By giving His life.

Jesus sees everyone as a life worth saving.

Nothing about His nature kept someone away so He could be safeguarded. Social distancing is a self-preservation tactic that is anti-gospel and setting us up for endtime deception, but I digress.

Jesus tells the disciples, “It would be better for him if a millstone were hung around his neck, and he were thrown into the sea, than that he should offend one of these little ones.” Luke 17:2

I feel the zeal of the Lord coming to wipe out the grievances that have stacked up for far too long against those who have been assaulted unjustly and the unborn are one of them.

In Revelation it says, “Coming out of his mouth is a sharp sword with which to strike down the nations. “He will rule them with an iron scepter.” He treads the winepress of the fury of the wrath of God Almighty. On his robe and on his thigh he has this name written: king of kings and lord of lords.”

For abortion to be as sensitive a topic as it is, is nothing but Satanic.

Because it would seem that everyone would be advocating for babies to live. It’s a no brainer. So it must be that there is an evil force at work.

It’s just one of the many satanic embedded forces in the earth that God is coming back to destroy. And I believe we are in that time where Jesus could come back any moment. I want Him to. I can’t wait until He does… for My King is enthralling… ferocious… audacious… brave… and His heart burns for us, beloved. ❤️

to feel your heart

Everyone is a life worth saving. Whether someone has been infected with the coronavirus or if they awaiting entry into the world in the womb… every life is worth keeping. For Jesus sees you as a life worth saving… and He gave up His own to prove it. Love sacrifices. Love lays down it’s life for the well being of the other. We should too.

“You are from God, little children, and have overcome them; because greater is He who is in you than he who is in the world.”